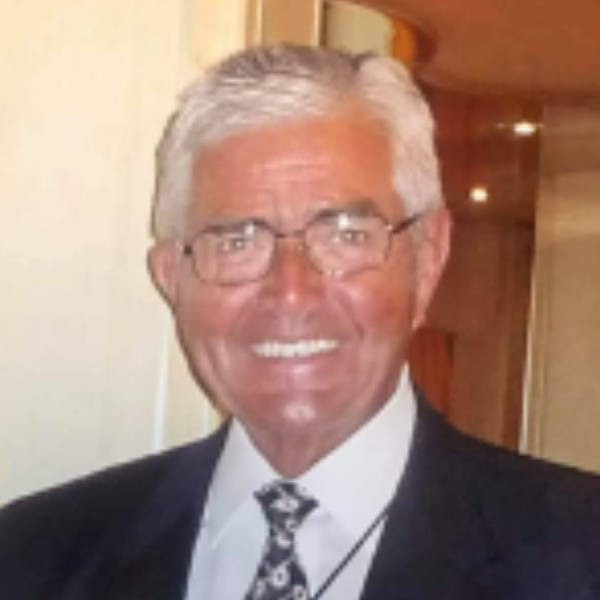 Thomas Dyck had a sudden series of substantial damaging heart attacks on Friday September 4th that the best of our doctors could not settle or overcome. The family was shaken and welcome your prayers and support in the coming days.

We are grateful for the longstanding relationship that Jim Heuving had with the Dyck family - he has been asked to officiate the service.   Monica will join him at the reception.   Unfortunately, Covid-19 restrictions are limiting guests to a small number of family members. We encourage you to pray for Penny as she is deeply saddened by this turn of events - may she find great strength in her family and may God’s comfort hold her steady these days.

A tribute from Jim Heuving:
Thomas was a generous and encouraging member of the congregation. He would make sure he knew my travel itinerary so that he could make himself available as my airport shuttle. Beautifully, I came to know them on a Saturday morning. They had parked their car at the Church parking lot. Opening their trunk, they took out garbage pickers and green garbage bags. Off they went down 180th street picking and cleaning up the street that all of you would travel on Sunday morning. To me it was a picture of grateful service and sacrifice that demanded little attention or acclaim. They just went about their specific calling with a joy and a thrill that you are never too old to make a difference - even when nobody notices. Such character marked their lives. You probably know that if you came to know them, as they attended Pacific for a number of years.

The family posted this obituary

Our family is sad to announce the very unexpected passing of Thomas C. Dyck, late of White Rock,B.C..  Thomas passed away on Friday, September 4, 2020.  He was born on October 4, 1942 in Regina, SK., as the oldest of 3 children, to David and Betty Dyck. He leaves behind Penny, his loving wife of 55 years as well as son Tony (Suzy) with grandsons Zachary and Isaiah and son Jason (Heather) with grandson Carson and granddaughter Lilly. He leaves behind a sister Peggy (Robert) and a brother Lorne (Mona). He will be dearly missed by many nieces and nephews and good friends as well as brothers-in-law Lowell Clarke and Gary Clarke.

Thomas was predeceased by both his parents in 2003 and 2005. The family moved to Abbotsford in January of 1953. That is where Thomas finished his public schooling. He graduated from Abbotsford Senior high in 1960. Thomas attended UBC and taught for one year in Hope before moving on to a long and rewarding career with CP Air which became Canadian Airlines and then Air Canada. He retired from Air Canada in 2000 after 34 years of faithful service.

After they were both retired Thomas and Penny did lots of traveling both by plane and by cruising. Over the past few years he found several outlets for his energy. Thomas did Golf Course marshaling (for the free golf) as well as delivering Meals on Wheels and doing lots of walking. He spent a number of years riding progressively larger motorcycles and he loved to go out for a ride, sometimes with Penny hanging on the back. The family breathed a collective sigh of relief when he finally sold his last one. His brother and sister, and spouses, will hold fond memories of Caribou fishing trips with Thomas and Penny. Few fish were caught but tales were told around the fire. At some point during this time it was accepted that he was the family’s Senior Ranger and he accepted and carried that title with much pride.  Due to Covid restrictions, a private celebration of life will be held for immediate family only.