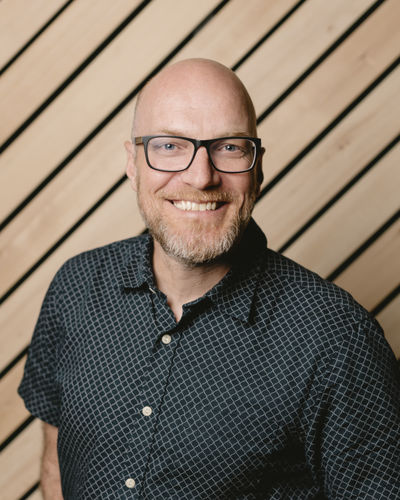 My name is Jon ImBeau and I have the privilege of being the Lead Pastor here at PCC. My wife Debbie and I have been married for 27 years and have lived in Cloverdale for 20 of those years. We have four children, two at Trinity Western University, and two at Pacific Academy.   Originally from London, On., I moved to BC to marry Debbie who is from Tsawwassen. Before coming to BC I had completed 2 years at Moody Bible Institute and 1 year at the Irish Baptist College in Northern Ireland. I was able to finish my undergraduate degree at Northwest Baptist College and then completed a Masters of Divinity at Regent College. During my time at Regent I had the privilege of being taught by Eugene Peterson, J.I. Packer, Gordon Fee, James Houston and Rikk Watts.

Debbie and I served at South Delta Baptist Church in Tsawwassen while we both finished our degrees (Debbie received her BA from Trinity Western). I was the Youth Pastor and Associate Pastor at South Delta before transitioning to Peace Portal Alliance. After pastoring for a number of years at Peace Portal I served as a director of the Kibaale Community Centre which is in Uganda. Before coming to PCC I was the Executive Director of Awana International Canada for 10 years.

Debbie and I love time with our family (which includes a lot of driving them around to their events and practises). We also enjoy reading together, walks, and dates! I love to read and paint but my favorite thing to do is to play the bagpipes!

We feel so blessed to be called to serve at Pacific for such a time as this. I love doing life together with the people of God as He leads us in deeper Intimacy with him and greater Impact for Him.