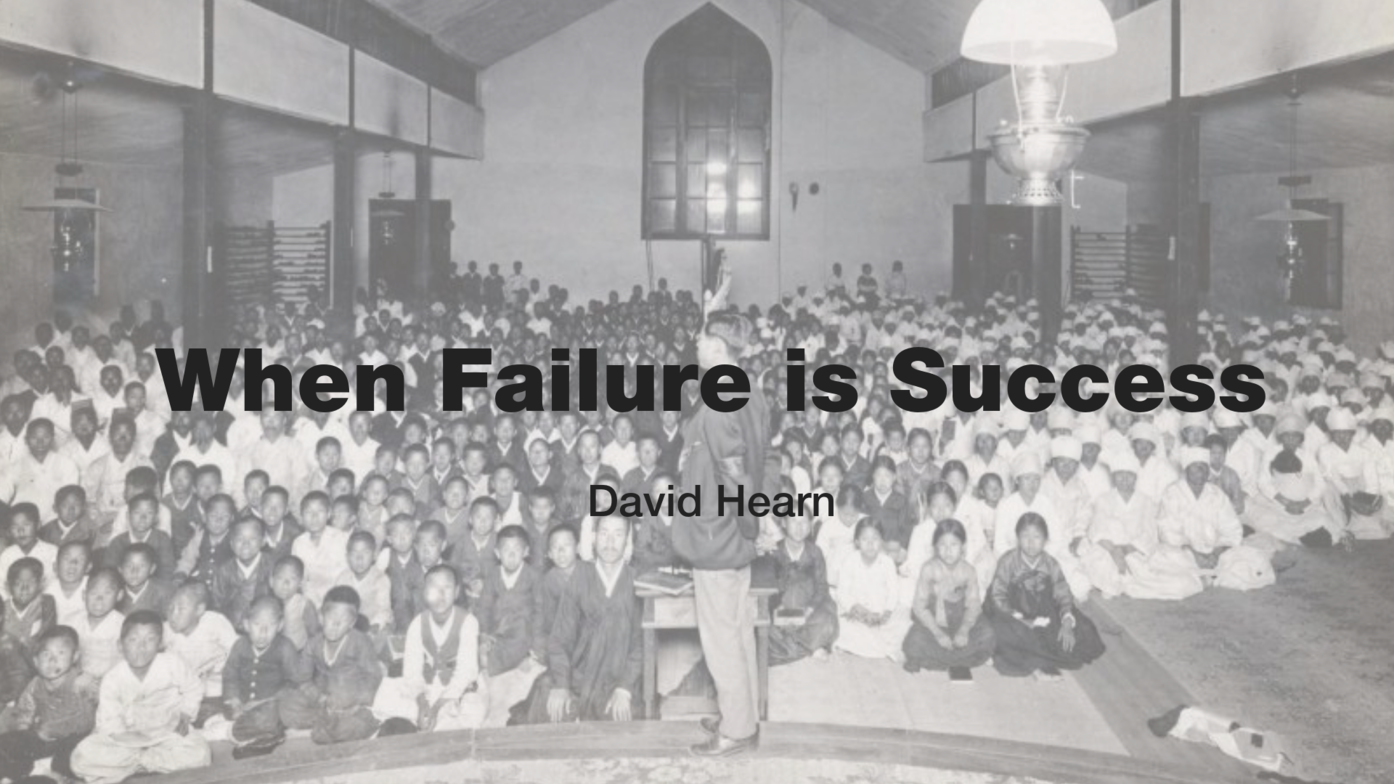 When Failure is Success by C&MA President, David Hearn

It was completely unexpected. During our revival tour of Wales we visited a small church in the community of Hanover, South Wales. The congregation totaled roughly 20 regular attendees and the majority of them were born and raised in Wales. However, in the midst of this community of faith was one family from Korea. It was the pastor, his wife and their two children. Reverend Daniel Yoo had been leading the church for just over five years. The question that was immediately on my mind was, why? Why was this very traditional Welsh church being led by a Korean minister?

The year was 1864 and a young school teacher, who was raised in the Hanover church, felt the call of God to bring the Gospel to China. Robert Jermain Thomas went to China to be a missionary with his wife. After a five-month boat trip to get to China, he lost his young wife and baby who both died shortly after arrival. He stayed in China, but resigned from his missionary post. He was devastated and defeated.  About a year later, he met two Korean men who would change his destiny. They shared with him how the church in Korea was under heavy persecution and most believers were meeting in small house churches but had no Bibles and no access to the scriptures. The Korean authorities were very hostile to Christianity and massacred almost 10,000 believers at one point around the same time Robert was in China.

Jan 29
What Does God Want Me to Do With My Life?

PCC U PCC U Membership Class