Rikk Watts served as Regent College's Professor of New Testament from 1996-2016. Along with his position as a Research Professor with Regent, he is currently the Dean of Theology at Alphacrucis College in Australia.

Initially trained as an aeronautical engineer, Rikk worked for a number of years with IBM in large retail systems engineering while undertaking a degree in philosophy, art history, and sociology. He later joined a parachurch organization engaged in Christian awareness projects in public schools and in providing crisis accommodation and various rehabilitation programs for the urban poor. He was a founding member of On Being, a major Australian Christian magazine, and supported himself and his family as a professional drummer.

In addition to Alphacrucis and Regent, Rikk has served as an instructor at Gordon-Conwell (Boston), Wycliffe Hall (Oxford), Latrobe University (Melbourne), and the Bible College of Victoria (Melbourne). Rikk Watts is married to Katie, a primary teacher, and they have two adult children, Steven and Rebecca. In addition to an obsession with sailing, he enjoys movies, good restaurants, music, reading, and going for long walks with Katie. 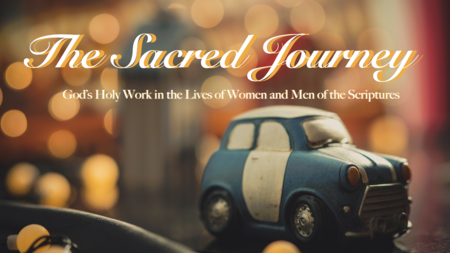 The Life of Thomas

The Life of Samson

The Life of Jacob

The Life of John Mark

The Life of Onesimus